How had it not occurred to me that French toast could be savory? When the primary ingredients are bread, egg and milk, why not add cheese and pepper instead of sugar and cinnamon? 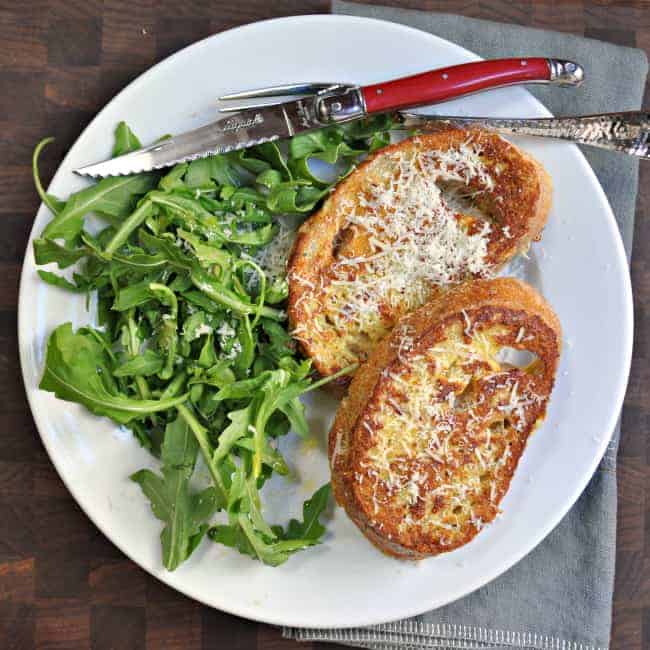 It was this recipe from Sweet Paul that got me thinking about it.

There is something about this ‘Sweet Paul’. To be honest he’s new to me. I can’t remember how I heard about his cookbook, Eat & Make. But then I checked it out from the library and here’s what happened. 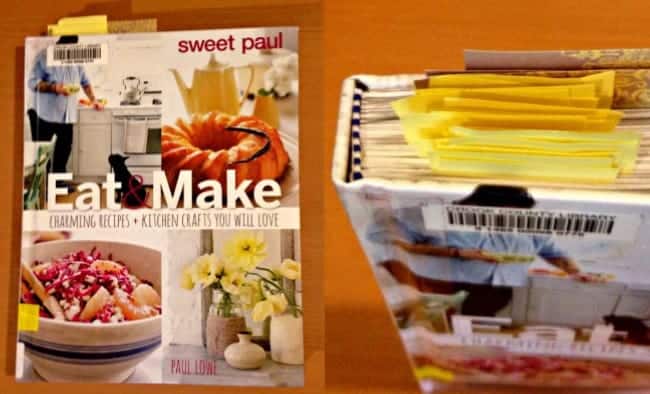 I love what ‘Sweet Paul’ has to say about himself:

I was raised, Paul Lowe Einlyng, in Oslo, Norway by two little old ladies, my great aunt, Auntie Gunnvor and my grandmother, who I lovingly referred to as Mormor. Ever since I was small, I’ve been obsessed with cooking, crafting and decorating. It’s in my blood. Both my grandmother and great aunt were excellent cooks and crafters with impeccable taste. But they were not perfectionists. Their cakes tended to be a little lopsided and their craft projects definitely weren’t up to Martha’s standards.

What’s not to love?

Though I’m not much of a crafter, there are several projects that I’ve marked in his book. And the recipes! They’re distilled to just what makes food delicious, discarding complexity and fuss.

This is essentially his recipe. I’ve simply swapped in Pecorino for Parmesan and arugula for spinach. Either way, you’ll love it. 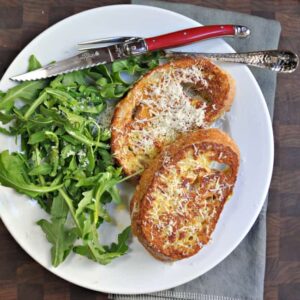 Tried this recipe?I'd love to see it! Tag me on Instagram at @pinchandswirl or leave me a comment and rating below.
65shares