We haven’t yet planted a vegetable garden that thrived. We’ve had worms in our pea pods and tomatoes that never turned red. And that was in Washington. Now that we’re in Oregon’s high desert, Karen, at our local nursery, tells us that we have one-sixth of the growing season that we’re used to. But we’re trying anyway with two, 4-foot square raised beds and big plans for garlic and greens. 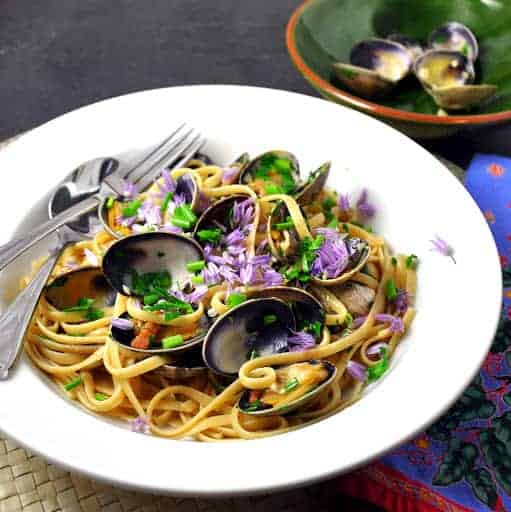 Herbs are another story. They thrive wherever we plant them – in the 50 foot space we allotted for them in Poulsbo, in the antique metal sink in Olympia, in little pots on our balcony in Seattle, and now in a 4 foot by 2 foot rectangle off of our patio. Thank you herbs for being so hearty! 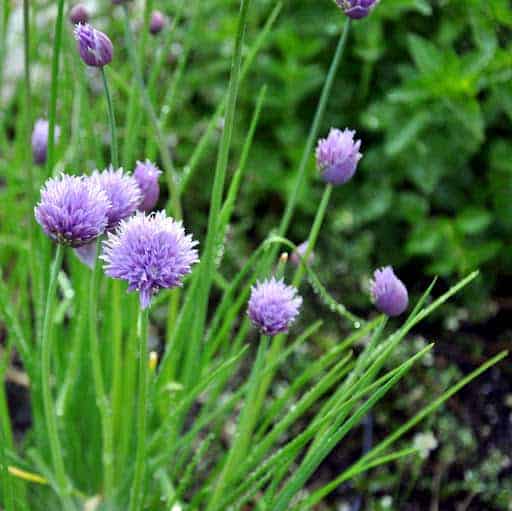 I hate to pay $2.99 for a bundle of herbs that I’ll use a fraction of and compost the rest. Instead, as I mentioned before, I head out with kitchen scissors and snip what I need. And in the case of this clam linguine, I snipped a variety, among them lovely and delicious chive flowers. 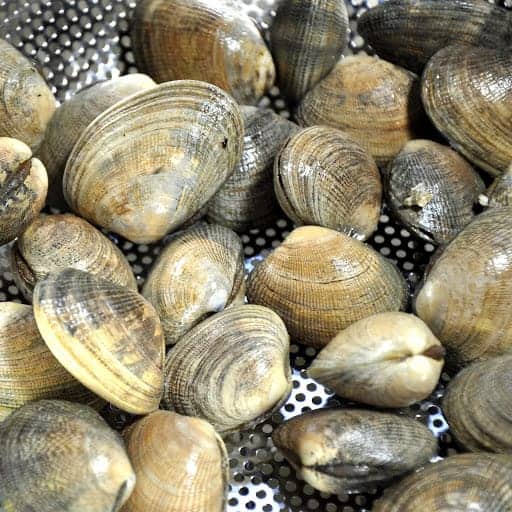 This clam linguine comes together in about 20 minutes. It’s fresh and summery with bits of bacon and butter to bind the flavors and add a restrained richness. 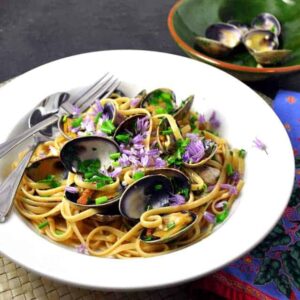 Clam Linguine with Herbs and Bacon

133shares
This recipe serves 2 because it was just Keith and I and who wants leftovers of a clam dish. No thanks. But you can easily scale the recipe to feed the number of tummies around your table. Time the linguine to be done at the same time as the clams so you can scoop it from the boiling water directly into the clam mixture.
Prep Time15 mins
Cook Time15 mins
Total Time30 mins
Course: Main Course
Servings: 2 people
Author: Marissa Stevens

Tried this recipe?I'd love to see it! Tag me on Instagram at @pinchandswirl or leave me a comment and rating below.
133shares