I remember finding my first cast iron skillet at a Goodwill in Moscow, Idaho. It was 1992, my first year at the University of Idaho. I’d grown up with my grandmother cooking in cast iron and knew that a well-seasoned cast iron skillet was a treasure. 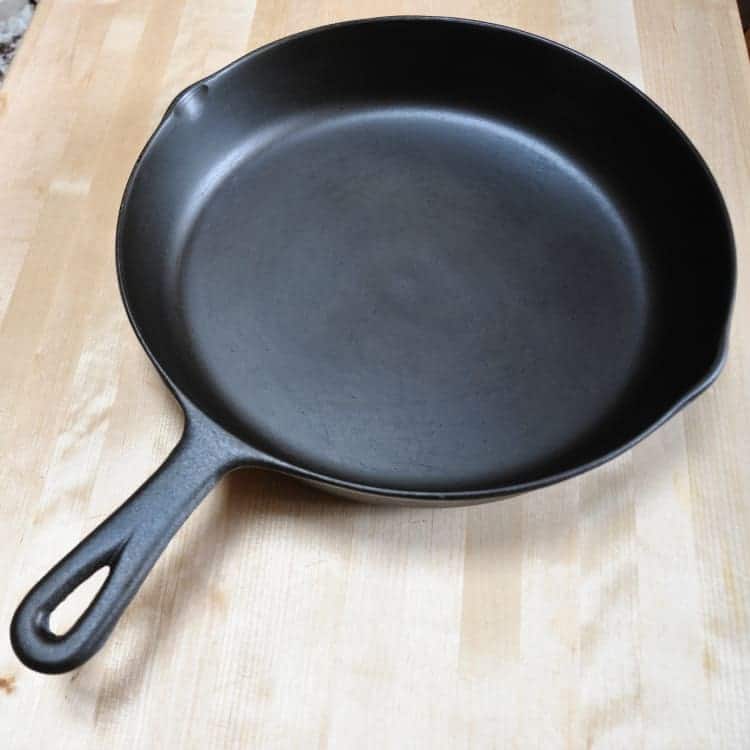 Over the years though, my skillet became rough and, worse yet, my eggs were starting to stick.

I’ve heard cast iron referred to as ‘the original non-stick’ and that’s as it should be. One day I mentioned to Keith that I wanted to re-season the skillet. Keith’s the kind of guy that likes to do things right, so the research began. After reading several approaches, he settled on flax oil being the best medium for creating the coveted smooth skillet surface. The idea came from this article, Chemistry of Cast Iron Seasoning: A Science-Based How-To. 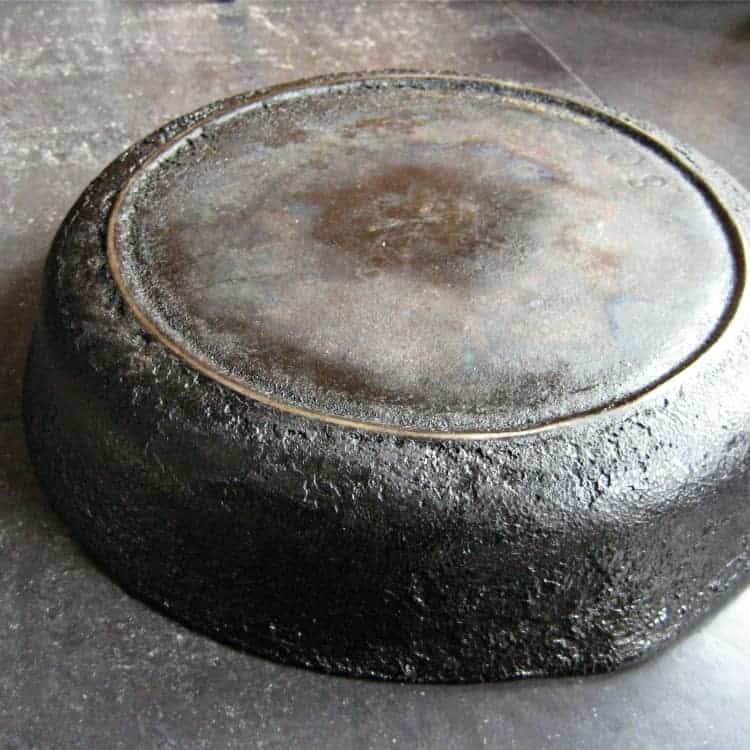 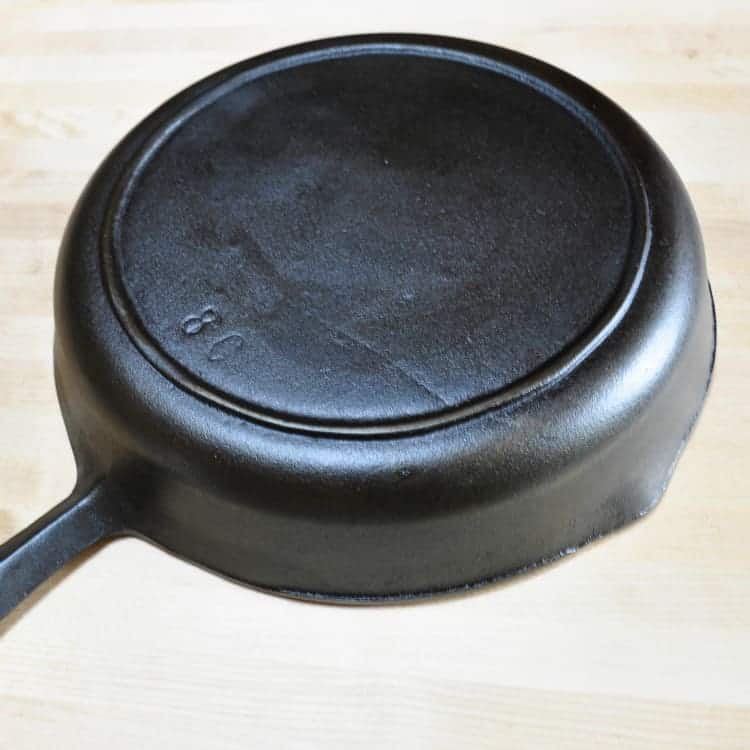 But, we had a problem. The skillet needed to be clean, really clean, like-new clean for the process to work. Keith narrowed it down to three options: oven cleaner, lye, electrolysis. The first two options sounded toxic, the third, potentially explosive. Yes, it’s just 10 volts of electricity, but it’s electricity connected to metal which just happens to be immersed in water. What could go wrong?

Things could go wrong, but they didn’t. In fact, the project went so well, that we decided to try the process with a vintage waffle iron that we’d discovered years ago buried in our front yard. 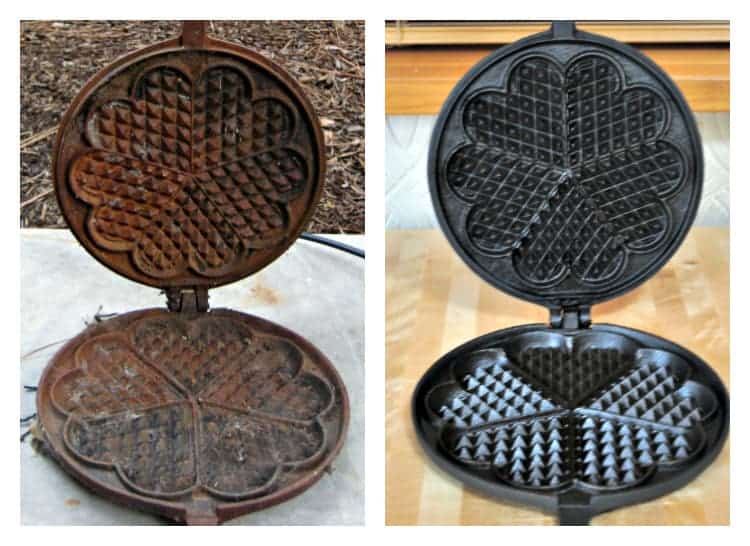 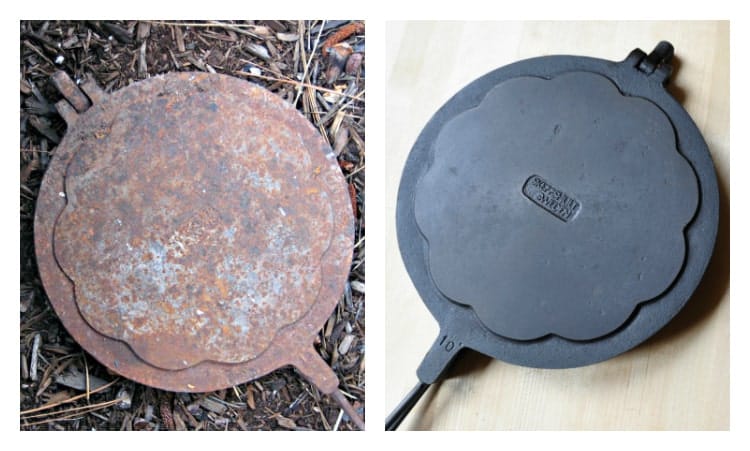 Should you decide to take this on yourself, please be sure to follow the instructions carefully.

That said, here’s what you’ll need.

We followed these excellent instructions. (Bob, Keith’s dad, was down for a visit and was game to help with the project.)

The second you turn on the battery, the water begins to bubble.

Until we pulled the pan from the water after several hours, I had no idea how much build up there actually was on the skillet. There was at least an 1/8″ of gunk. 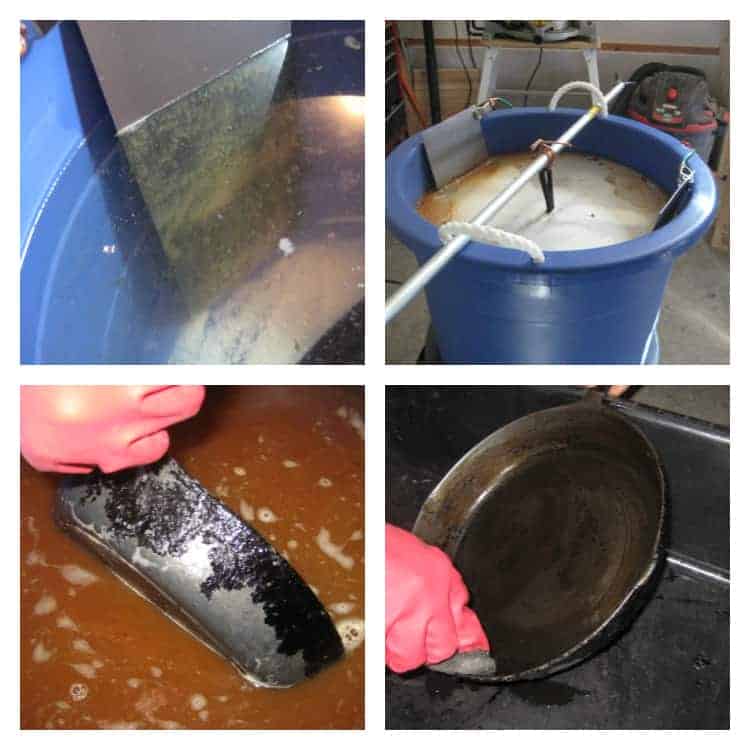 If you decide to restore your own cast iron jewel, I’d love to hear how it goes.