For a few reasons, I prefer to rent an apartment when we travel instead of staying in a hotel. The most obvious reason is that it tends to be less expensive, not just in the nightly rate, but because we don’t eat out as often. And that’s the most important reason of all, the not eating out as often, because after about two days of it, I’m done.

I don’t cook anything complicated in these little apartments, but being able to cook makes me feel a little more at home. Especially in a place where you don’t speak the language, it’s nice to have a little part of your day feel familiar. 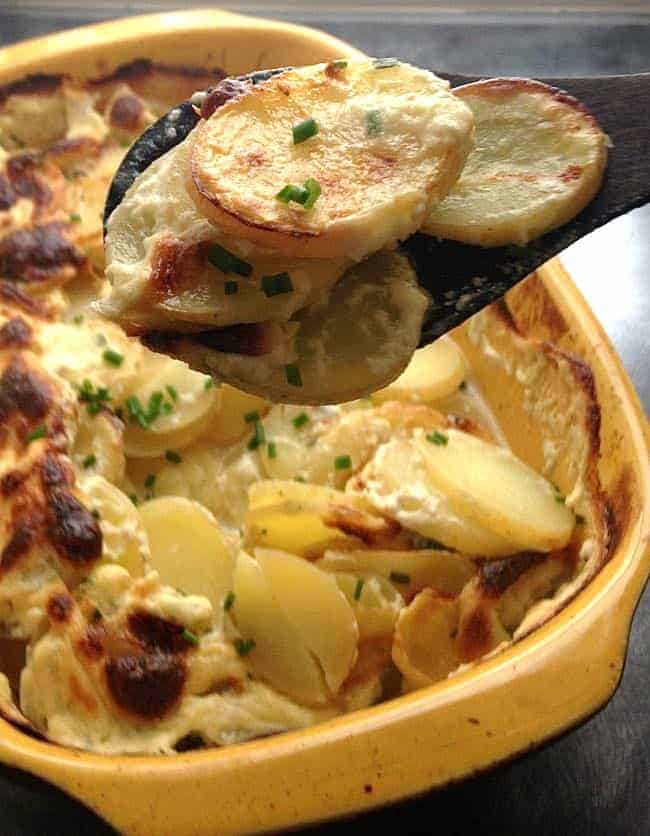 In Paris, we’ve had this simple but hearty breakfast a few times already, my Almost Croque Madame (almost because it’s sans béchamel sauce). It takes 15 minutes tops and here, I get to use the freshest Pain de campagne, real Jambon de Paris (aka thinly sliced smoked ham), and Gruyère from the wonderful cheese vendor I told you about a few days ago, which we also used to make French Onion Soup. 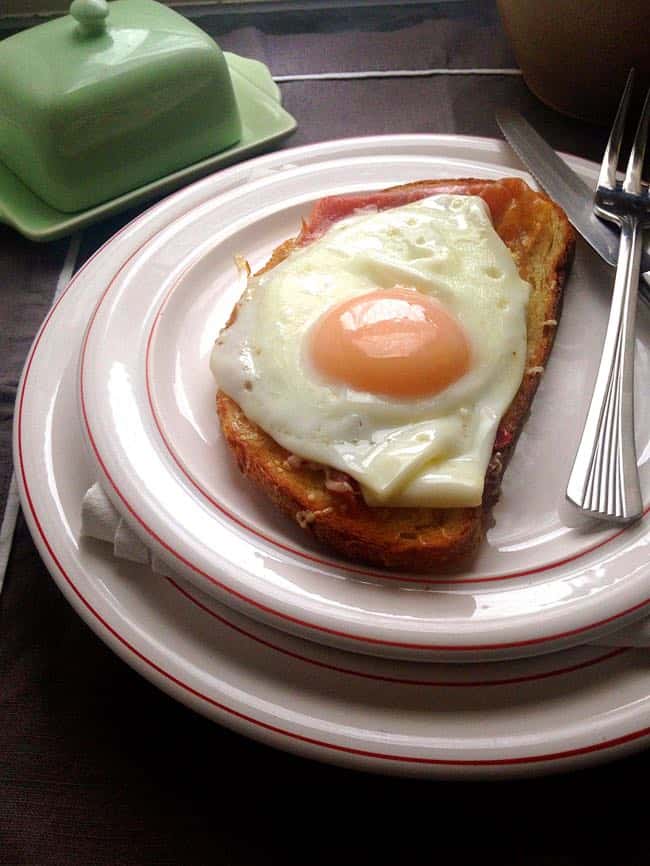 It’s similar to a dish that my mom made growing up, but simpler. My mom used to make a white sauce with butter, flour and milk, pour it over raw potatoes and bake. But this recipe, a slight riff on one I found from Clotilde of Chocolate & Zucchini, skips the white sauce by simmering the raw potatoes in milk for awhile before baking. It’s delicious! And so simple.

This was our main dish, served with a green salad and, of course, a bottle of red French wine. 🙂 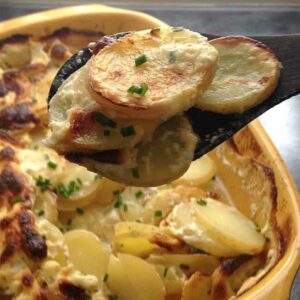 Tried this recipe?I'd love to see it! Tag me on Instagram at @pinchandswirl or leave me a comment and rating below.
151shares