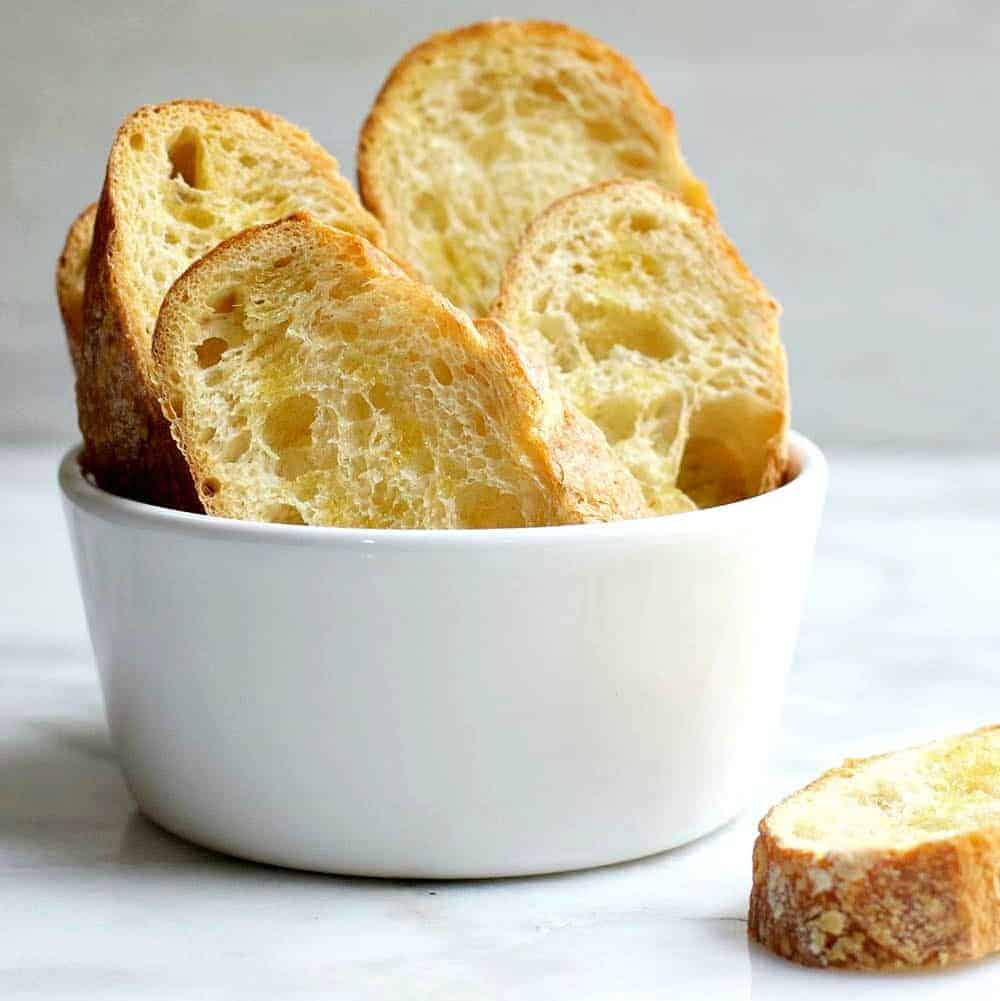 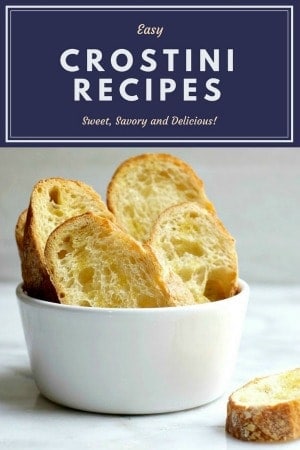 Here is a collection of my favorite crostini recipes. Homemade crostini are the perfect party appetizer because they're handheld (no silverware needed) and you can easily make a large batch at once. There are endless crostini toppings, both savory and sweet and you can make them in less than 15 minutes! 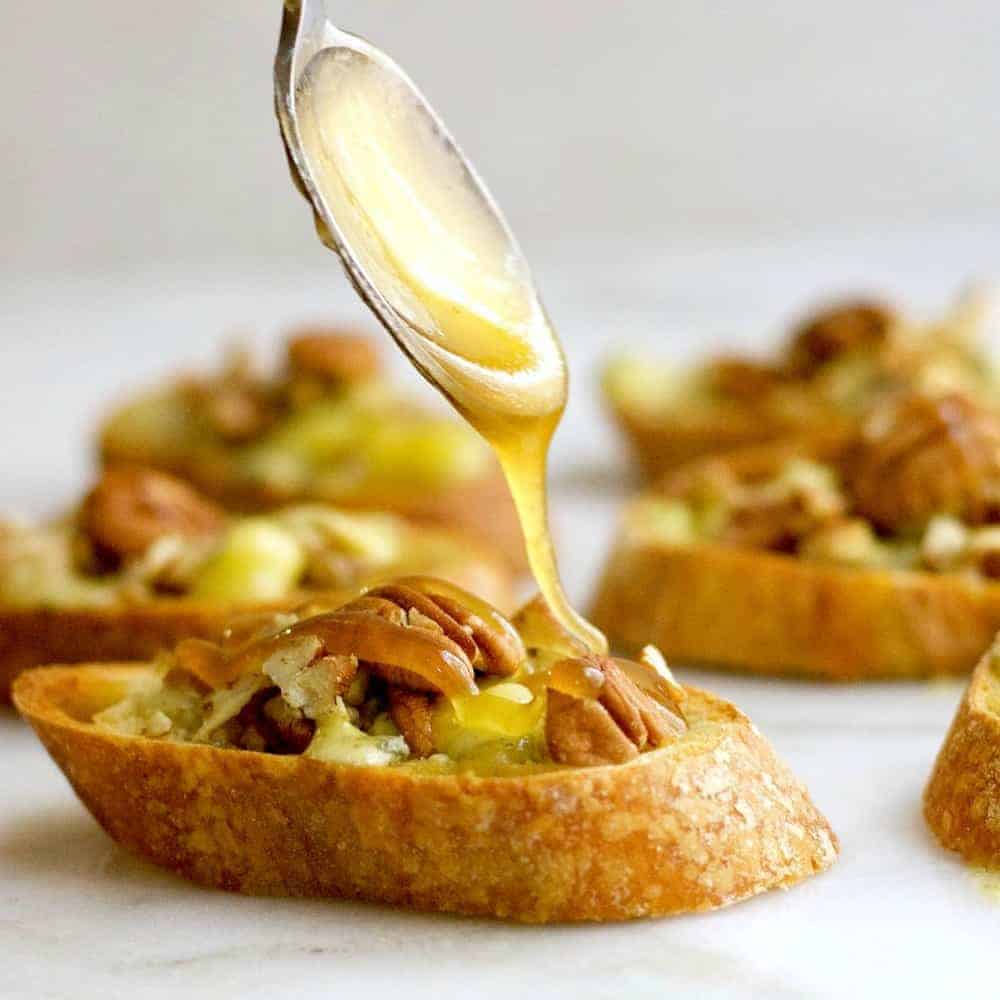 First made in Italy, crostini are small slices of toasted or grilled bread, typically baguette, topped with cheeses, meats, jams, nuts and spreads. There are endless crostini toppings, both savory and sweet and most of these crostini recipes can be made in less than 15 minutes!

Crostini vs. Bruschetta: what's the difference?

Though both are toasted bread with toppings, crostini, pronounced kroh-steen-nee, are smaller, just one or two bites cut from a baguette while bruschetta, pronounced broos-keh-t-tah, is typically cut from a larger loaf and rubbed with raw garlic before toasting or grilling.

How to Make Crostini

Step 1: Preheat the oven to 375°F
Step 2: Slice a baguette into 1/2″ slices and arrange on a baking sheet.
Step 3: Drizzle baguette slices with olive oil.
Step 4: Bake for 8-10 minutes, until golden brown.

Top immediately or once cooled. To store, cool completely on a baking rack and store at room temperature in an airtight container for up to 2 days. If you need to re-crisp crostini, bake at 375°F for 2 to 3 minutes.

Here is a recipe video tutorial to show you exactly how to make crostini! 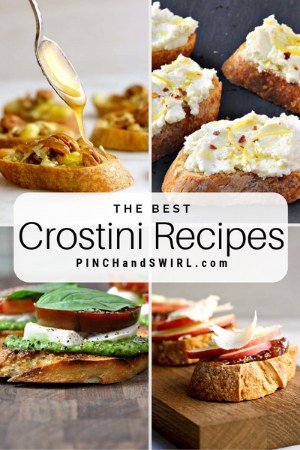