Step 1: Rub pork shoulder all over with spice mixture and place in a large slow cooker. Sprinkle pork with garlic cloves 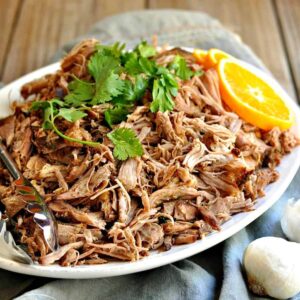