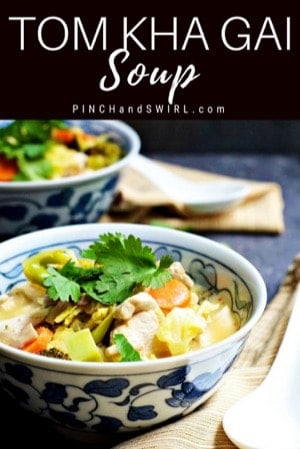 A few months ago we ate at a local Thai restaurant and they served Tom Kha Gai soup to start the meal. We’ve eaten in a hundred Thai restaurants over the years and somehow had never tried this soup. It’s a flavor explosion of lime, lemongrass, galangal, ginger, and coconut. Once I discovered it, we’ve been Thai restaurant hopping around town to try different versions. And though the broth is similar, every restaurant has a unique twist on the other elements. I’ve made a dozen versions to come to this Tom Kha recipe – it’s a perfect balance of salty, tangy, creamy, sweet and spicy.

It turns out that it’s very simple and amenable to variation. I’ve added a few more vegetables than restaurants serve, but it makes for a heartier soup. 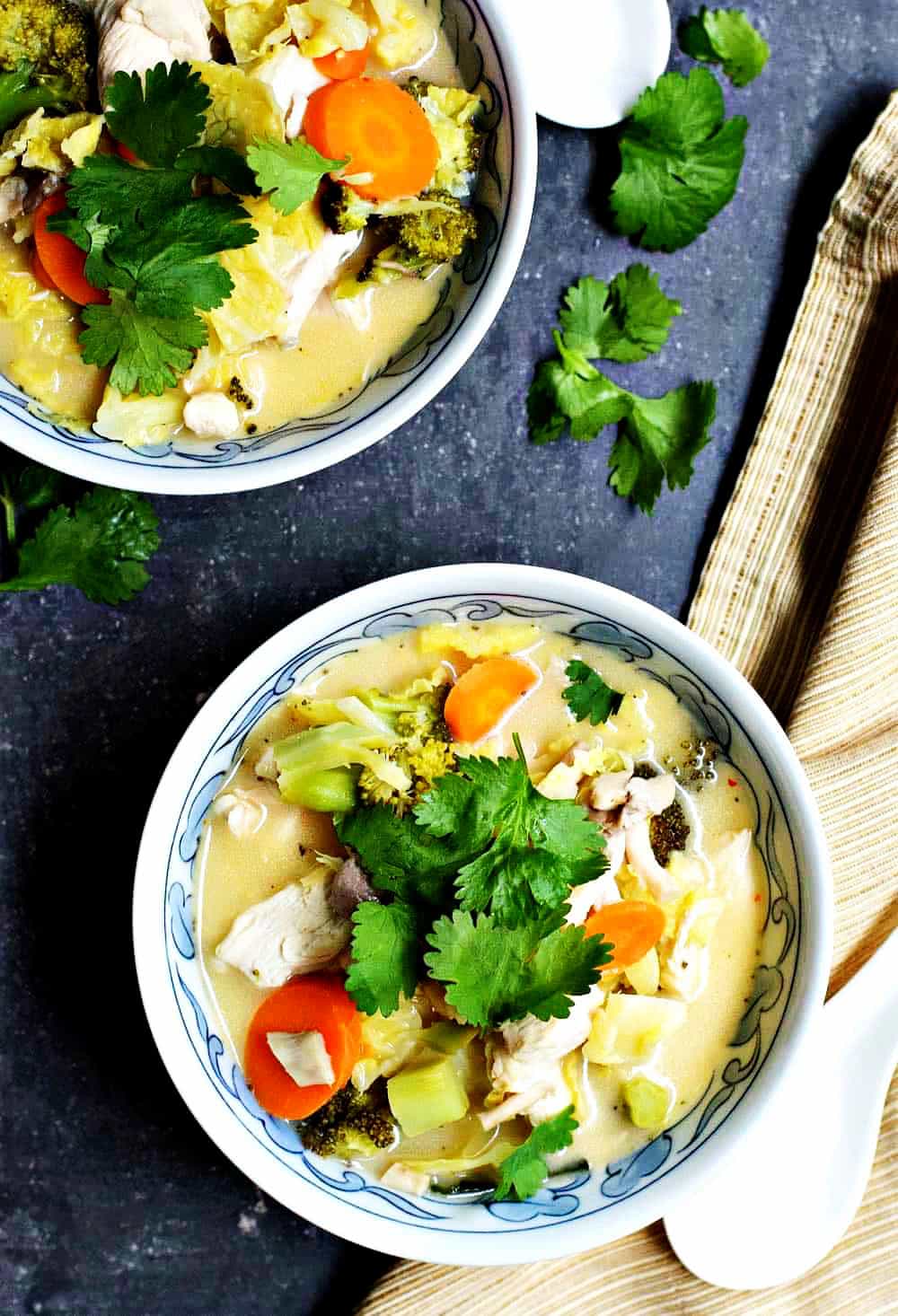 I improvised on a couple of traditional Tom Kha that can be difficult to find: Chinese broccoli and kaffir lime leaves. I swapped in standard broccoli for Chinese and the juice and zest of two limes instead of the lime leaves. If you can find either of the traditional ingredients, use them! 10 to 12 lime leaves for the lime juice and zest and an equal amount of Chinese broccoli. And if you can’t find galangal, use an equal amount of standard ginger. 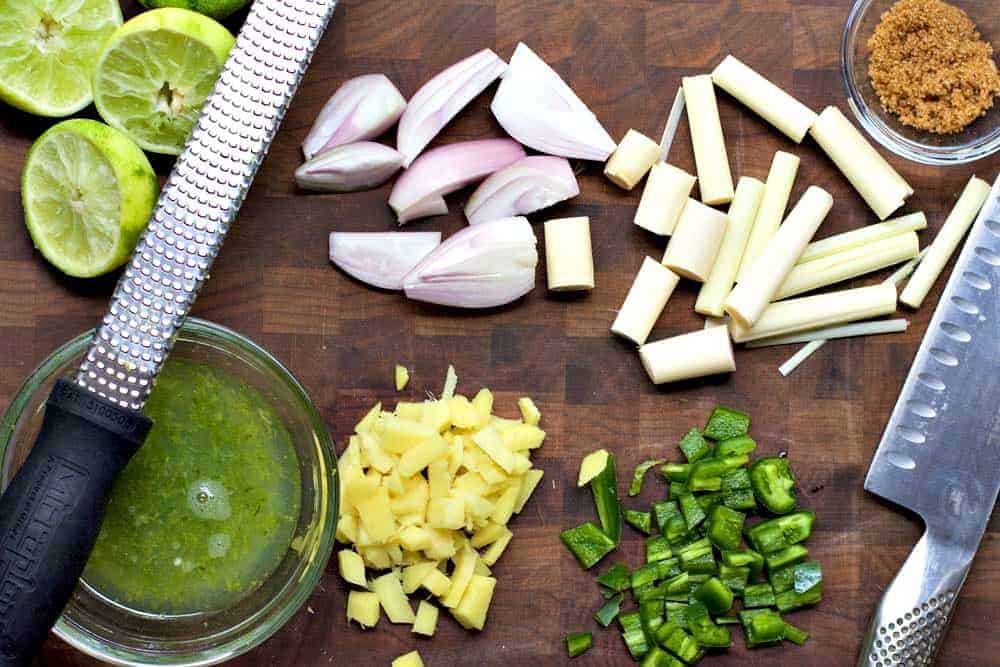 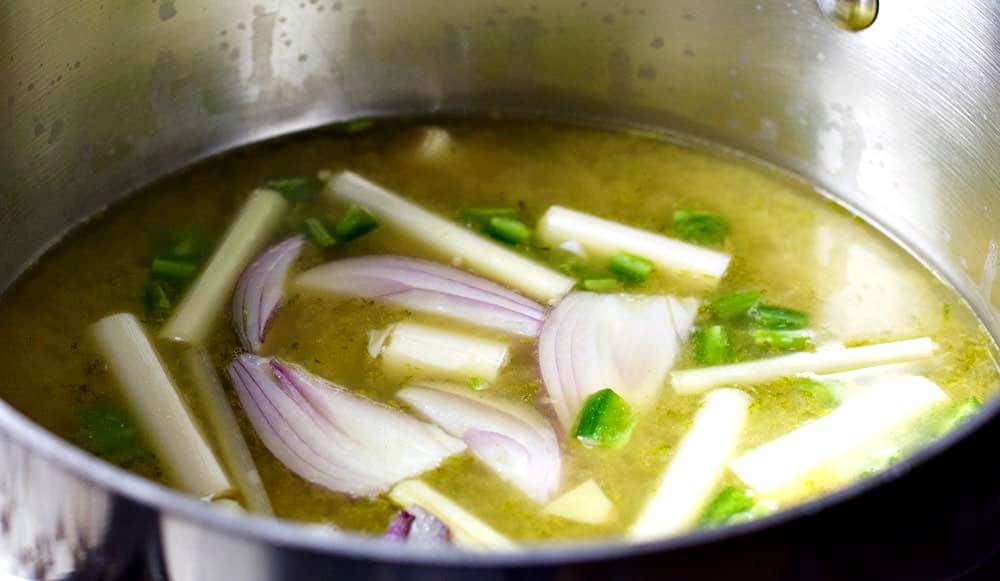 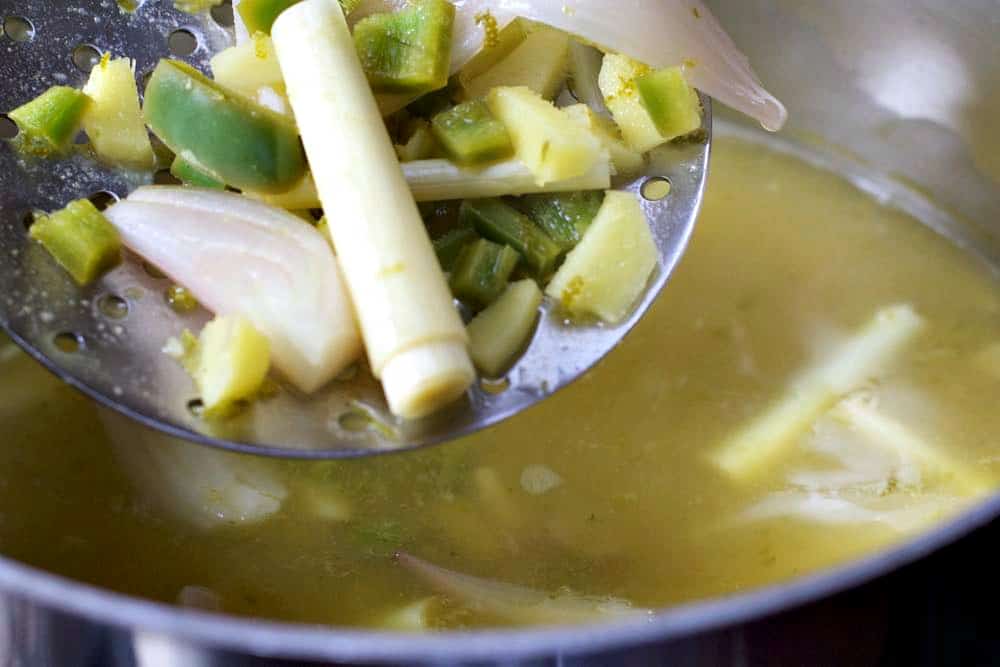 3. Add vegetables to pot and layer with raw slices of chicken breast; cover to steam. 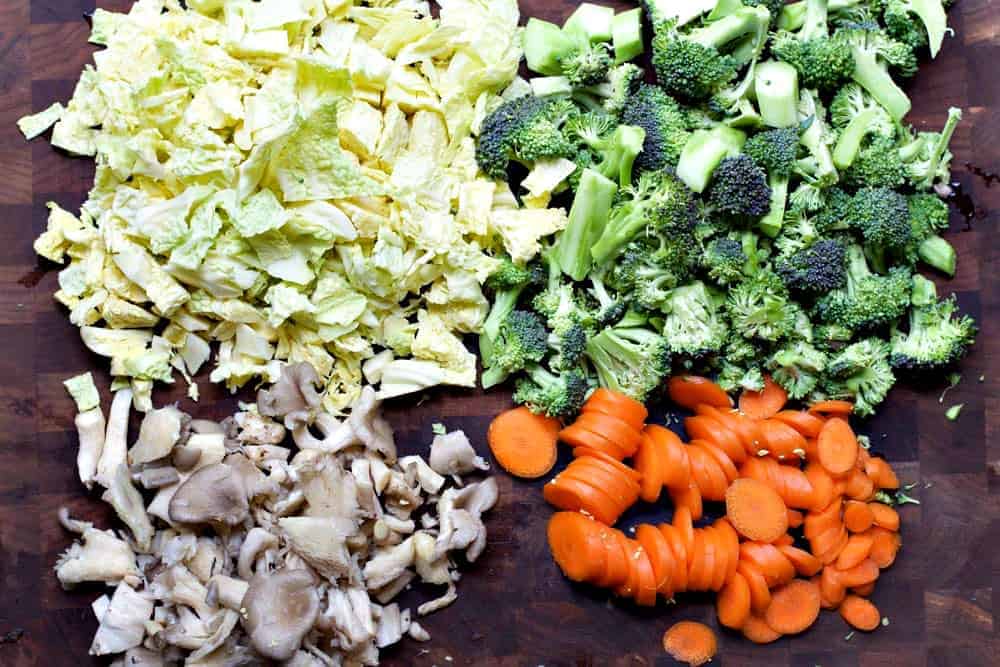 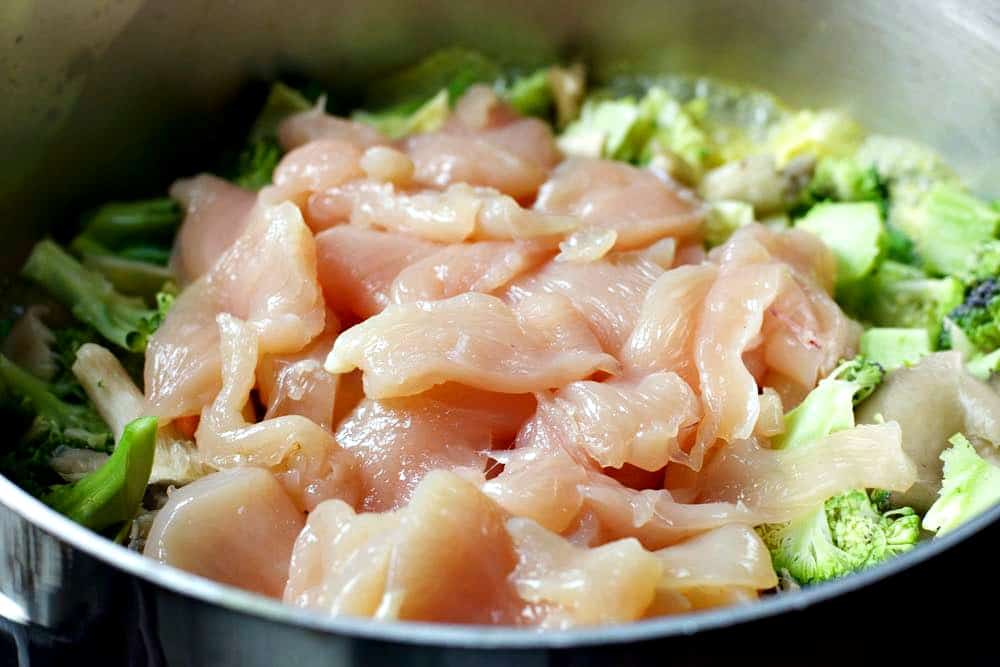 4. Stir steamed chicken and vegetables into soup. Stir in coconut milk, Sambal Oelek and salt to taste and bring to boil. Garnish with fresh cilantro and serve. 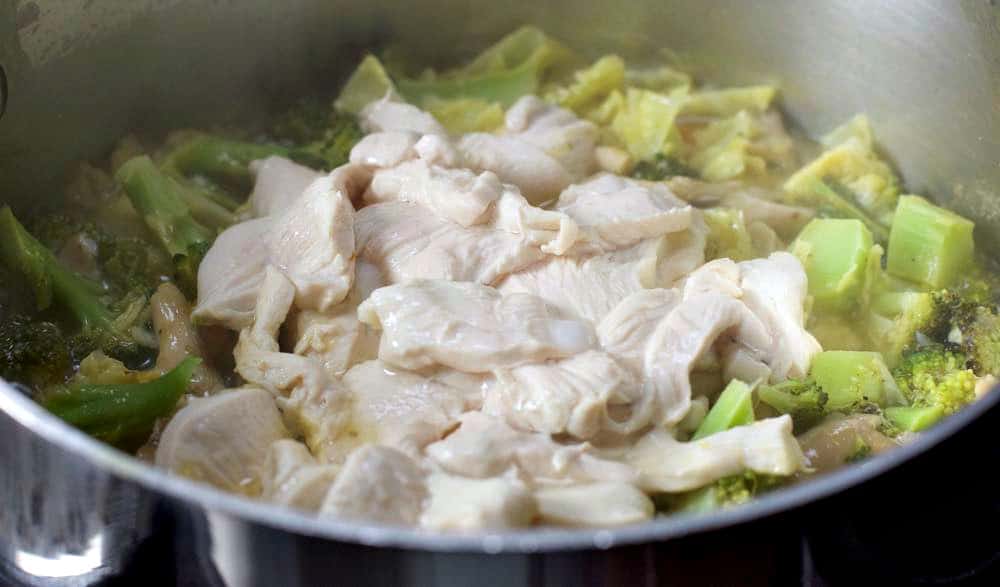 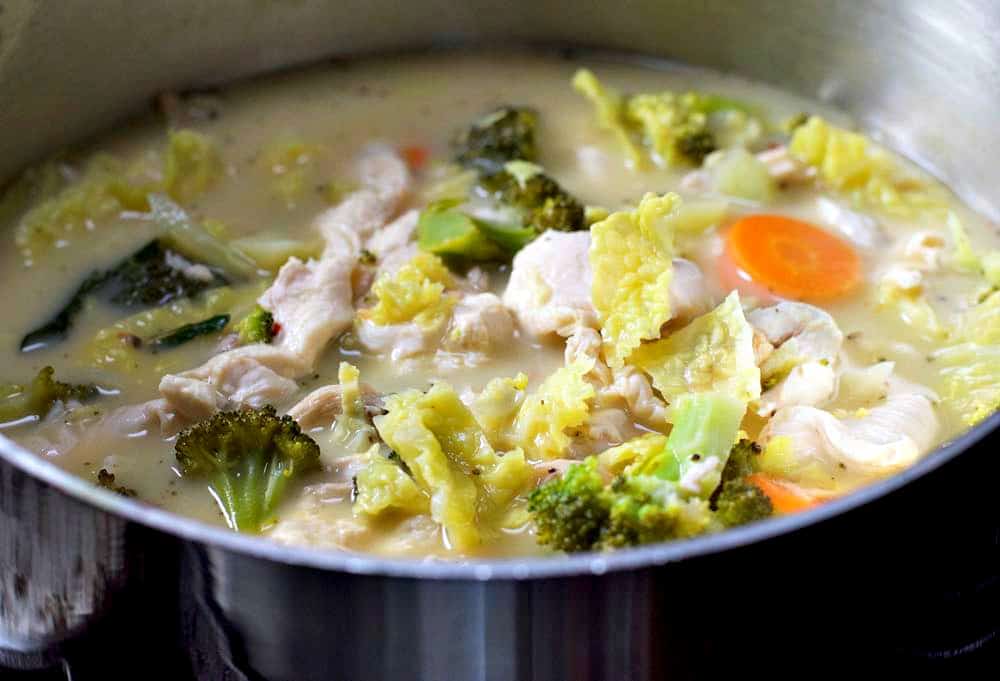 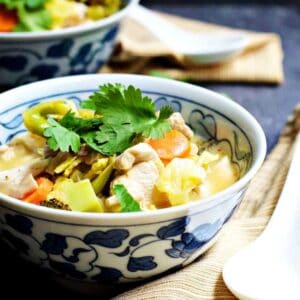